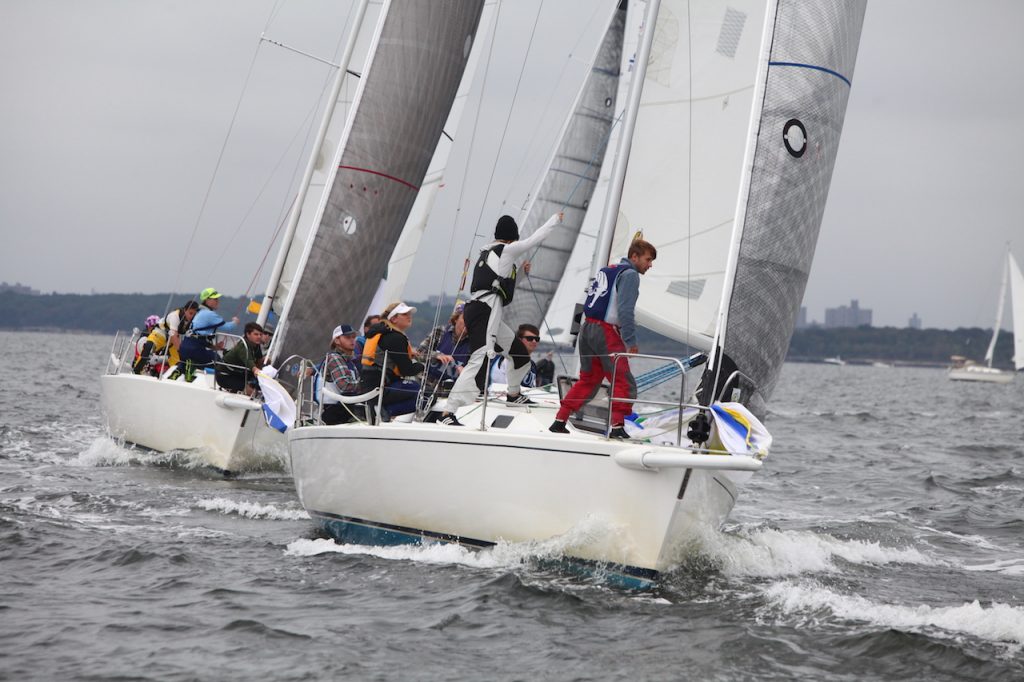 More than 40 college teams from around the country will duke it out on big boats in North America’s largest collegiate regatta, which is hosted by Larchmont Yacht Club in Larchmont, New York.

In addition, Larchmont Yacht Club donated two trophies including one belonging to the late Thomas Carroll, a member of Larchmont Yacht Club. The “Paul Hoffmann Trophy”, named for the long-time Storm Trysail member famed for his success on a series of yachts named “Thunderhead”, presented by his son Binky Hoffmann, is given to the team that had the best overall performance. The “Ed du Moulin Trophy”, named for the man who was involved in the management of more America’s Cup campaigns than anyone in the Cup’s history, presented by his son, Storm Trysail Club Past Commodore Richard du Moulin, to the boat owner of the overall regatta winner. The invitational regatta is held annually out of Larchmont Yacht Club, who is a co-organizer of the event in addition to the Storm Trysail Foundation.